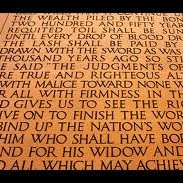 The Whole Country is a Kitchen

What street food means in Thailand

To spend time in Thailand, particularly days jostling down Bangkok’s busy sidewalks and shady alleyways, is to be constantly assaulted by food. The locals eat out all the time, day and night – it’s like half the city’s 12 million people are cooking for the other half, in an open air kitchen called “the street.” Fruit, fish, pork, chicken, vegetables, beef, candy – it’s all laid out on small grills and tabletops, under the shade of umbrellas. It looks like you can eat anything, if you’re willing to eat anything. It’s a whirling flash mob of food.

This phenomenon is not an accident: you need the right conditions to breed a city, perhaps a whole country, of micro-restaurants. First, you require steady supplies of fresh ingredients, which Thailand – despite being relatively small and jammed with over 65 million people – yields in abundance from sea and field. That requires a second element of course, which is agricultural labour; a big population helps on that score. So does a compact geography which makes the trip from farm to market relatively easy.

Plenty of countries have water, fields and too many people, but few have the culinary history which gives people the basic skills and tools to convert those elements into consistently excellent fare. In this the Thais seem uniquely blessed and it is clear that, as successful as their ex-pats have been taking Thai food to other countries, the real and diverse magic of their cuisine remains at home. Where else can you stop at a highway gas station and buy homemade bags of deep-fried root vegetables, or little rice cakes drizzled with caramel? You get the sense that everyone knows how to cook something here.

The whole country is a kitchen, it seems, and this in part reflects how so many Thais live a good part of their private lives – in public. You can do your laundry in an alleyway washing machine, you can slip 5 Baht into an old subway turnstile to get into a public bathroom, you can pay 7 Baht to ride a small open-air bus from one spot to another. Much of one’s personal life is lived outdoors – not in yards, which millions of Bangkok residents will never see – but on sidewalks.

This is not merely a matter of street food, mind: there are thousands of restaurants, tucked into square pockets of storefronts, whether on the streets of Bangkok or alongside the highways leading out to the hinterlands. It would surprise me, actually, if anyone had an accurate count of the number of establishments selling food. Restaurants and food stands sprout here much the way food does – pushing up out of the pavement like pineapple plants. Who can keep track of all that?

All of those ingredients make up the “supply side” of the food equation here, but of course, one must also have demand. And in Thailand, there is overwhelming demand. It is a small country, with one mega-city representing almost a fifth the population, as rich in diners as it is in crops. There are simply a lot of people here who need to eat.

I would guess too that, in a country and city as hot and humid as this – turn your oven on and sit in front of it for a while, to get a feel for it – the idea of cooking at home in a confined space, would simply be unpleasant. Tie that to the infrastructure of home food preparation (fridges, freezes, stoves, microwaves, fry pans, pots, implements, the list is endless) and the concept of indoor urban home cooking must be very off-putting indeed. Even very posh apartments will have meagre kitchens – “the food downstairs is just so good” someone said to me, “no-one imagines you want to cook for yourself.” As in New York or Paris, where the street affords so many options, why burn your time on inferior home cooking?

But of course, for many Thais, not cooking at home isn’t a lifestyle choice but a necessity: they have little money to sink into the capital costs of domestic life. As a result, many “rent” what North Americans think of as belonging to home life – someone else’s kitchen, someone else’s cooking. My own travel experiences are too much in a bubble to guess precisely at what a Bangkok resident does when she gets home, but I suspect she spends less time and money in her own residence than does her Montreal or Denver counterpart – even if they hold similar jobs.

The ubiquity of dining opportunities tells us something else about Bangkok and Thailand: a lot of people are available, and willing, to cook for a living. Many probably have few other skills or job opportunities. Self-employment in the food industry is one way to survive or thrive. In my own few days in the city I have clapped eyes on countless women and men, antique and young and in-between, hovering over a collection of pots and griddles and pans, stirring and turning and flipping food. On any given major street there are probably hundreds of such entrepreneurs, churning out meals for people to walk away with or to stop and sit, under awnings, away from the relentless heat and sun.

Those of us from colder, stiffer, more regimented places (where we have neither the crops, the cooks nor the demand for so much public cooking) are starved of the creative explosion of cuisine we see jammed into the daily life of places which are crowded, hot and poor. Bangkok’s food industry is a reminder that human ingenuity constantly finds ways to turn difficulty into opportunity, however meagre one’s resources may be. It reminds us too that when North Americans or Europeans invest so heavily in bureaucratized, reliable options – and in the predictability of intensely private lives – we sacrifice choice and creativity.

This is not to romanticize the situation in Bangkok: grim poverty and limited life opportunities weigh heavily upon the broad mass of the population. There are probably thousands of people grilling pork or carving the skins off coconuts, who would rather be working on computers in air conditioned offices or driving forklifts in warehouses. The food carnival that is Thailand is as much a symptom of economic confinement as it is of cultural splendor. More robust economic growth will lure people off the sidewalk fast.

That day, should it come, will likely not denude Bangkok of its culinary magnificence: there are simply too many people here who won’t cook at home. The present way of life is too embedded among too many millions of people, to ever see Thais retreat into utterly private domesticity in the same fashion as North Americans. What will happen, should the economy churn out employment and business opportunities for all those cooks, is that they will have more money in their pockets – including money to dine out on.

The poverty and the wealth of Thailand seem all bound up its relationship with food. The Thais’ elaborate, shape-shifting, moveable feast of “sidewalk infrastructure” sustains people in every way. Even the poorest souls can find an affordable meal on a street corner, and many other souls find a livelihood there. The Thai people have made miracles with the ingredients they have on hand. One wonders, if conditions change to lift the fog that seems to trap the Thais in place, what more all that talent and tenacity might cook up.

This entry was posted on December 26, 2015 by dkl in Asia, Food and Agriculture.